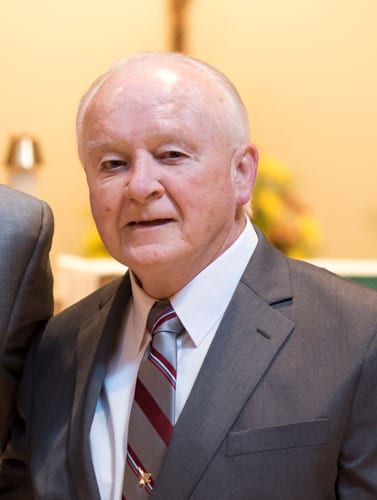 A proud veteran, John retired as a Captain from the United States Air Force after 21 years of service. After his retirement, he worked for 15 years at Lockheed. He was an active member of St. Joseph Catholic Church where he served in the Knights of Columbus, and on the Parish Council. John was a life-long Green Bay Packers fan, and he was a fan of the Braves. John was loyal to his Braves even while they were still in Milwaukee. He was a loving husband, father and grandfather. He loved spending time with his two grand-daughters. He will be greatly missed by all those that knew him.